How Will Virtual Reality Impact Social Media In 2021 And Beyond 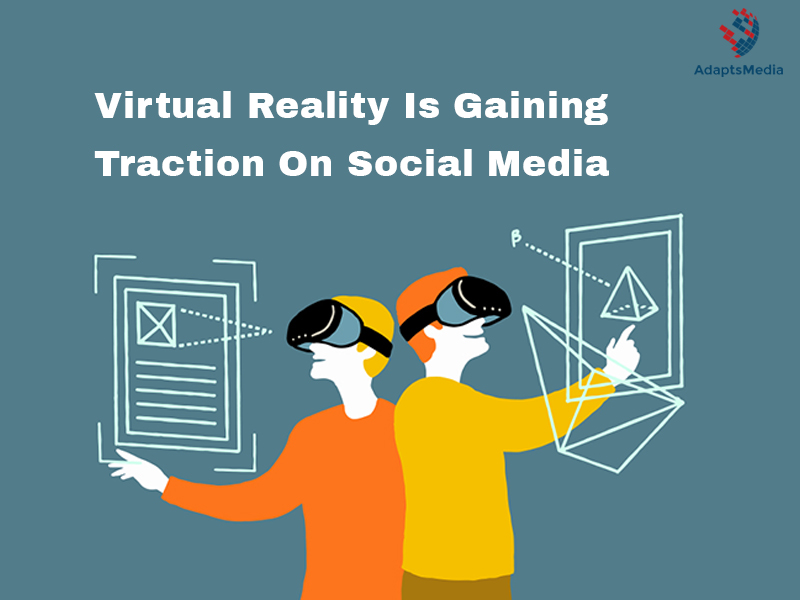 Remember the famous Sci-fi movie from 2018, Ready Player One?  The protagonist goes live inside a game with other players to find a solution to a problem connected to real life. Virtual Reality and Augmented Reality are not just themes for movies anymore but also curving a space for them in the real world.

While AR has already been accepted into several sectors of the digital space, like filters on social media platforms and in games like Pokemon Go, VR is also making its presence known slowly but steadily. In the future, Metaverse would not only be a concept associated with games but will also branch into other fields. Even social media giants like Facebook is actively integrating it into their platform. This reveals that VR ought to play an integral role in all social media platforms.

Facebook was one of the pioneers to promote VR when it acquired the popular gaming company Oculus way back in 2014. Recently, it announced the Facebook Horizon, an online VR game developed for Microsoft Windows and Oculus Quest 2. It’s a Virtual Reality sandbox universe where users can log in and be a part of several worlds and develop their worlds or activities using the provided tools despite having no prior knowledge of coding. This isn’t the first time Facebook developed something using VR technology; it had earlier tested several VR

Facebook isn’t the only company looking to reap the rewards of this new technology. Altspace – a social media platform, is also putting efforts into harnessing its power. According to the company’s marketing director, Jerry Gottheil, Virtual Reality is the next big thing in the social media space.  Even companies like HTC have started using Virtual Reality to market their services. It has launched the world’s first 5g consumer mobile headset, XRSpace Manova, which will enable the users to enter the virtual universe of XRSpace. The users can not only play games and interact with each other but also view several 2D and 3D content. Besides, they can also use the platform for conducting interactive meetups.

Coincidentally, the ongoing pandemic has also fuelled the adoption of VR across industries. Here are some of the problems caused by the pandemic that led to the rise in the popularity of VR technology:

Virtual Reality is now playing an integral in boosting social media engagement and interactions. Businesses are immensely benefiting from Virtual Reality on social media platforms. For instance, the companies won’t have to publish textual or visual press releases to the press every time they launch a new product. They can invite several media agencies as guests in the VR launch event. That way, the journalists will have a first-hand experience of the product. Not only that, they won’t need to fly in their Brand Ambassadors or content creators for reviewing the products.

Similarly, users can virtually interact with different companies or brands and try their products and services without having to leave their homes. For example, in its VR game – Horizon, Facebook will deploy its staff to act as guides and hosts to provide services to the users in public places. Slowly other brands and companies are also going to jump onto the bandwagon, and soon you’d be able to approach and talk to a customer care executive virtually without the need to submit requests.

Not only that, the video calls or live conferences on social media platforms are also going to transform into virtual meetups where you are not just limited to seeing the person on the other side of the screen but also interact with them in real-time.

All these points show how significant the role of virtual reality technology will be in revamping social media and other ways of human interaction in the future.